This is actually a 2005 (Year of Estimated Manufacture) cello by synwin. Its been totally re-setup at various points of its life and has been transformed from a ”ok” instrument to a very good and playable instrument for a student. It has been played in and the sound is probably going to be as good as it can be given its base quality. Obviously its from China but even chinese instruments can be good if its done up properly. The challenge is that its often not the case. You may be surprised – doing up a cello into a good standard can easily cost a few hundred dollars and up. 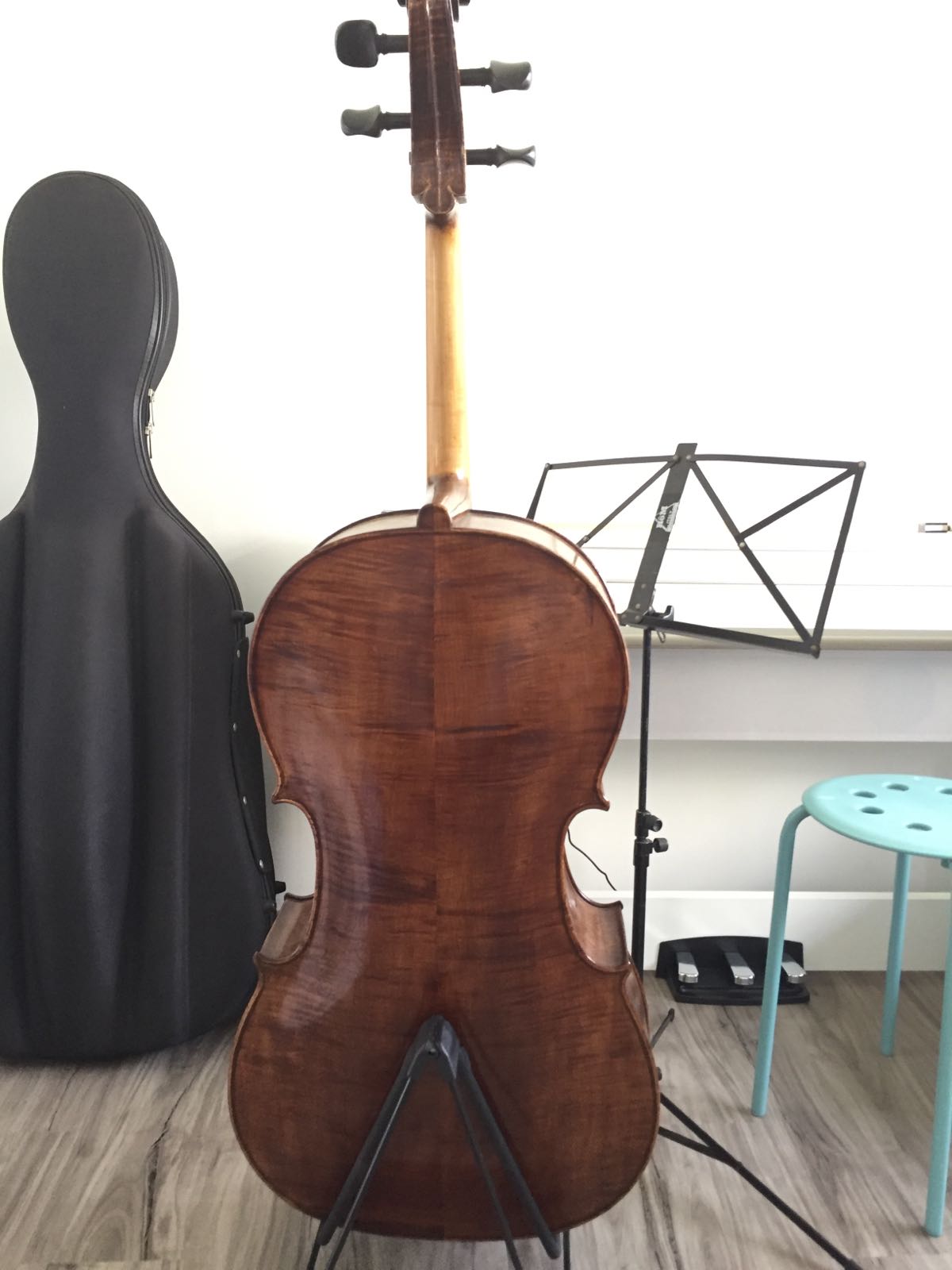 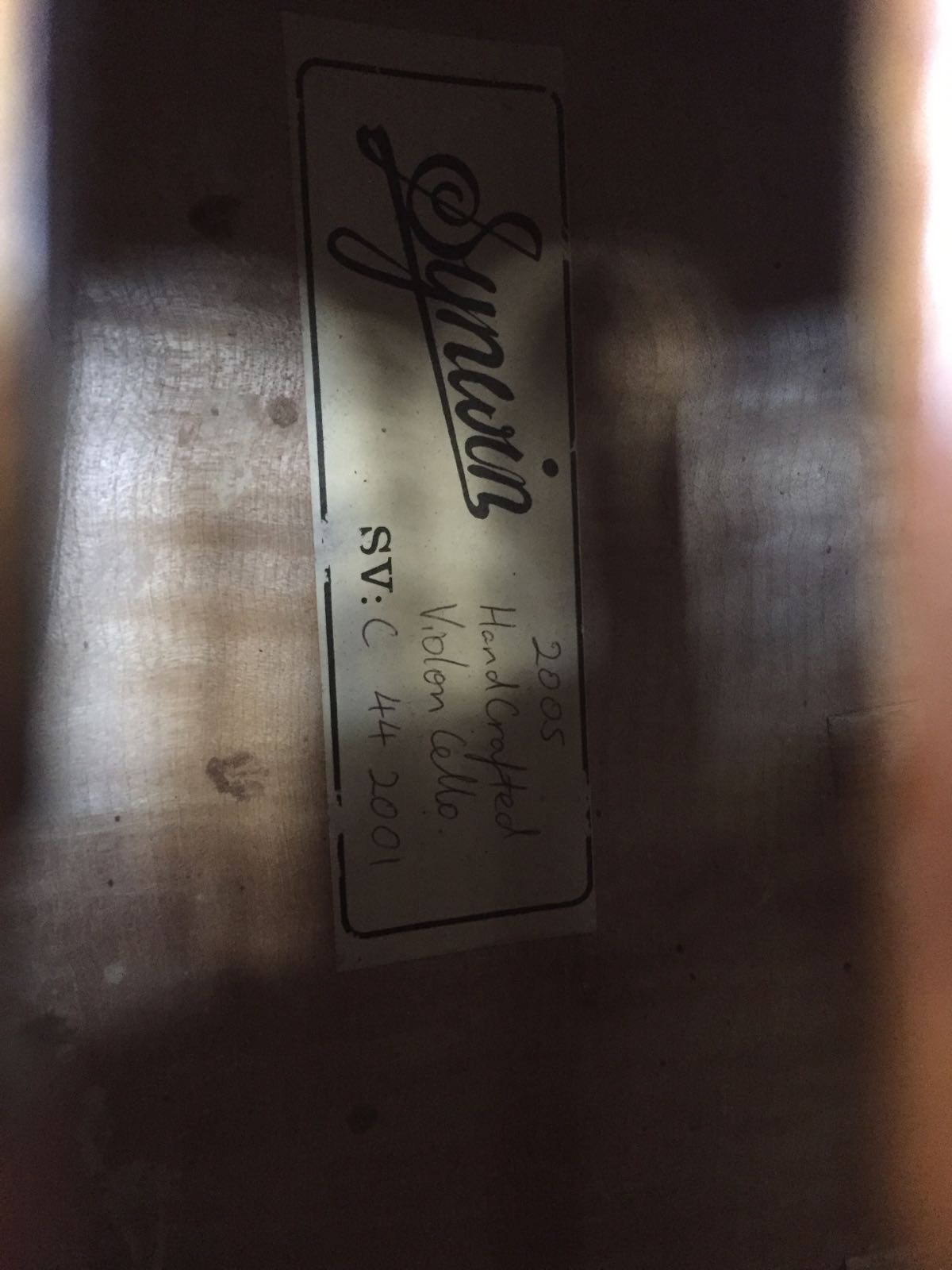